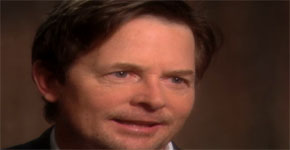 In a new interview with ABC News, he told Diane Sawyer there have been have been “problems along the way,” to a supposed therapy for Parkinson’s from embryonic stem cells and said new drug therapies are showing real promise and are “closer today” to providing a cure.

“Stem cells are an avenue of research that we’ve pursued and continue to pursue but it’s part of a broad portfolio of things that we look at. There have been some issues with stem cells, some problems along the way,” he said.

“It’s not so much that [stem cell research has] diminished in its prospects for  breakthroughs as much as it’s the other avenues of research have grown and multiplied and become as much or more promising. So, an answer may come from stem cell research but it’s more than likely to come from another area,” he said.

According to ABC, Fox said he still strongly believes in stem cell research and government support of those studies, praising ongoing research at New York’s Memorial Sloan-Kettering Hospital. When asked about earlier criticism he received from conservative talk show host Rush Limbaugh about his advocacy, Fox said it only “sharpens your resolve.”

Fox is just the latest big research advocate to admit embryonic stem cells are not helping patients now and probably won’t any time in the near future. Earlier this year, Komen for the Cure quietly changed its position on funding agencies that are engaged in embryonic stem cell research.

As LifeNews reported, on November 30, 2011, Komen quietly added a new statement to its web site stating that it does not support embryonic stem cell research but supports the kinds that do not involve the destruction of human life.

“Komen supports research on the isolation, derivation, production, and testing of stem cells that are capable of producing all or almost all of the cell types of the developing body and may result in improved understanding of or treatments for breast cancer, but are derived without creating a human embryo or destroying a human embryo,” Komen says. “A priority in our research funding is to quickly find and deliver effective treatments, especially for the most lethal forms of breast cancer, while seeking effective preventive strategies, enhanced screening methodologies, and solutions to disparities in breast cancer outcomes for diverse women.”

More recently, Komen also released a new statement on embryonic stem cell research — saying such research shows “no promise” when it comes to finding cures or treatments for breast cancer. In fact, embryonic stem cells themselves have never been tried on human patients because of massive problems such as the formation of tumors and immune system rejection issues — whereas adult stem cells have helped patients dealing with more than 100 diseases or medical conditions.

“While Susan G. Komen for the Cure does not conduct research, it does fund innovative research projects in leading institutions worldwide. Komen has a long history of funding groundbreaking research to fulfill its promise to save lives and end breast cancer forever. A recent review of our funded grants revealed that human embryonic stem cell tissue has not been used in breast cancer research funded by Komen,” the breast cancer charity said.