On February 28 CNN’s Wolf Blitzer tried to play gotcha with Newt Gingrich regarding Gingrich’s statement during a recent Republican debate that the mainstream media had failed to scrutinize presidential candidate Barack Obama in 2008 regarding his opposition as state senator to the Illinois Born Alive Infant Protection Act.

Blitzer, attempting to prove that at least CNN had covered the story, played a clip of “special contributor” David Brody of the Christian Broadcasting Network interviewing Obama on the topic.

No surprise, the particular clip by which CNN chose to vindicate itself also appears to vindicate Obama, or at the very least question National Right to Life’s portrayal of Obama’s opposition to BAIPA:

Brody: Real quick on the Born Alive Infant Protection Act. I gotta tell you, that’s the one thing I get a lot of emails about, and it’s not just from Evangelicals. It’s about Catholics, Protestants…[illegible]. They’re trying to understand it, because there was some literature put out by the National Right to Life Committee. And they’re basically saying that they felt like you misrepresented your position on that bill

Obama: Let me clarify this right now, because they have not been telling the truth.

Cut. The end, leaving Obama’s assertion that NRLC lied about his record as the last word. The relevant portion of the interview begins at 9:40 on the video… 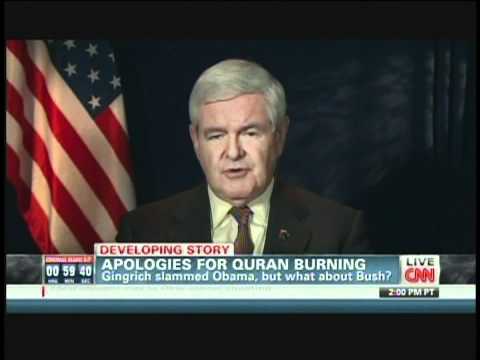 CNN omitted the other half of the story, which was that Obama turned out to be lying (or to give benefit of the doubt, forgetting) when calling NRLC liars. NRLC had just uncovered evidence that Obama had voted against the identical Born Alive bill that passed unanimously in the U.S. Senate. Here is Obama’s “they’re lying” comment in context: 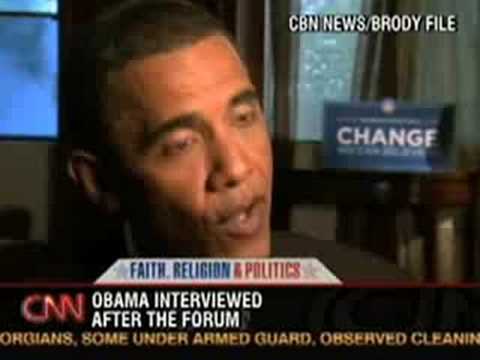 Obama: Let me clarify this right now, because they have not been telling the truth. I hate to say people are lying, but here’s a situation where folks are lying. I have said repeatedly that I would have been completely and fully in support of the federal bill that everybody supported, which was to say you should provide assistance to any infant that was born, even if it was the consequence of an induced abortion.

But, in fact, NRLC had just found Obama’s fourth vote on the Illinois Born Alive Infant Protection Act, in which he indeed voted against the identical version passed on the federal level. The first vote below is to amend the state bill to make it the same as the federal version. ”DP#1″ means “Do Pass Amendment #1.” “DPA” means “Do Pass as Amended.” Obama voted in favor of amending the bill and then voted against the amended bill…

Within two days CBN (not CNN) ran a story clarifying that Obama was incorrect, and that his campaign had conceded, although it went on to make excuses…

CNN, if honest, needs to do a follow-up. Blitzer only succeeded in muddying the waters further.