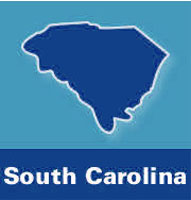 The South Carolina Senate has an historic opportunity to get abortion out of federal health care insurance in the Obamacare law Democrats in Congress passed but one pro-life group says time is running out.

“It will take what is known as “special order” to bring Senate Bill 102 up for a vote in time to pass it this year,” said. “S102 activates the “abortion opt out” provision of the so-called Affordable Health Care Act (also known as Obamacare); but states must be pro-active and pass legislation to get abortion out of the insurance plan. We cannot allow the pro-aborts to stop this bill and force South Carolina to pay for Obamacare abortions.”

SCCL is asking pro-life residents of the Palmetto State contact their state senators by the close of business today by going to https://www.scstatehouse.gov/index.php to reach their elected officials.

Gatling says:  “Call your senator’s office by 5 p.m. Monday, February 13. You do not need to speak with the senator personally. Just leave this message with the person who answers the phone: “Please tell Senator [name] to set S102 for special order so that South Carolina tax payers will not pay for abortions in government health insurance.”

Pro-life residents can also email their state senator by following the instructions on the contact page.

The Obamacare abortion funding opt-out and conscience protection bill passed 69-41 and it prohibited private insurance companies from covering abortion except by what is called a separate rider.  Abortion insurance would be available for those who purchase it with a separate policy.