When one considers the ethics of manipulation, the question of whether we ought to, or whether we may manipulate an organism or entity depends on the answer to the first and most fundamental question: 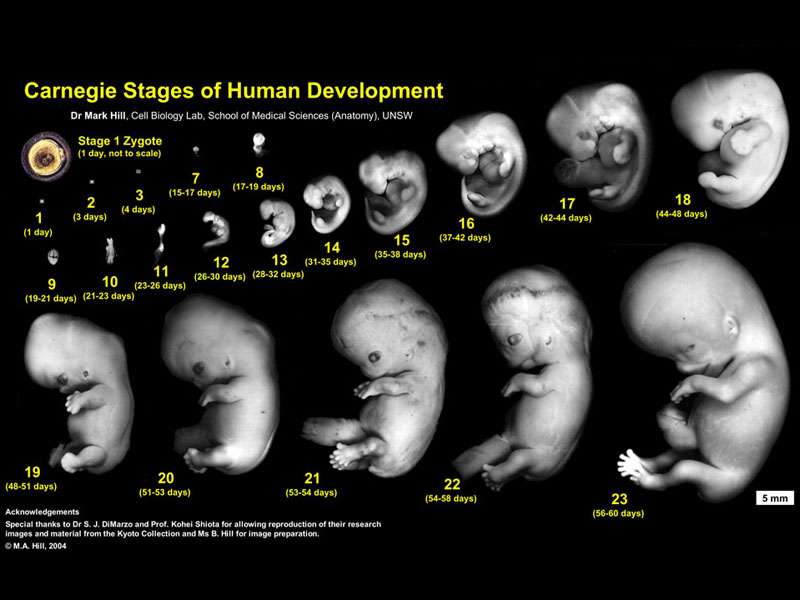 Ascertaining the identity and status of the object of our intended manipulation is essential.

In the fields of obstetrical medicine and reproductive medicine the ethical debates have raged for four decades. Enlightened discourse between opposing parties must assume good motives by all involved, and then go about asking the essential questions, following where the truth of science and reason lead.

Many claim that life begins at some point distant from fertilization, always beyond the point at which they propose some manipulation (abortion, embryonic stem cell culturing, etc…). There are always a list of biological functions that are given to define when human life begins: Cognitive capacity, etc.

The simple biological truth of the matter is that the Cell Theory states that all cells arise from pre-existing cells. There is no blackout period between sperm and egg uniting, and then the emergence of ‘life’ at some point distant.

“Traditional ways of classifying catalog animals according to their adult structure. But, as J. T. Bonner (1965) pointed out, this is a very artificial method, because what we consider an individual is usually just a brief slice of its life cycle. When we consider a dog, for instance, we usually picture an adult. But the dog is a “dog” from the moment of fertilization of a dog egg by a dog sperm. It remains a dog even as a senescent dying hound. Therefore, the dog is actually the entire life cycle of the animal, from fertilization through death.”

First, note how he sets the word dog off in quotes at one point, to communicate the very essence of the organism:

The same may be said of all vertebrates, including cats, giraffes, chimpanzees, and humans. Substituting the word human for dog in Gilbert’s analysis gets to the heart of the matter. We are human for our entire life cycle. We are whole and complete in form and function at every stage of our development, for that given developmental stage. The prepubescent child is fully human, even though they lack the capacity to execute all human functions, such as abstract reasoning, or reproduction.

In the same way, the early embryo is alive and fully human, though it has not yet executed all human organismal functions.