It is not unusual for men to try to coerce their partners into having an unwanted abortion. In fact, according to the Elliot Institute, which deals with post-abortive women, 64% of women who have abortions claim that they were pressured by other people (usually their partners) into having them. So much for women’s choice!

So it’s no real surprise to find out that a British man has taken coercion one step further – he drugged his pregnant fiancée with an abortion pill, causing her to miscarry.

The woman, who has not been named for legal reasons, was rushed to the hospital with severe bleeding, were she found out that her baby had died. She was forced to undergo an emergency operation and required a blood transfusion of two pints of blood.

She did not know the cause of her miscarriage until months later, when she overheard her fiancé bragging to someone over the phone about slipping the abortion pill to her without her knowledge. She reported the crime to the police, who arrested him. It is not clear at this point where he acquired the abortion drug.

When the abortion pill was first made available in the United States, I remember some pro-lifers expressing concern that men would be able to force a woman to abort by acquiring the drug and making her take it by deceit or threat of violence. Pro-abortion activists laughed off these concerns. But now it seems that our fears were well-founded.

Hopefully authorities will be able to determine where the perpetrator got the abortion drug and tighten up whatever regulation allowed him to acquire it. [Editor’s note: Here’s one possibility: a website, run by “pro-choice” activists, that lets people order the abortion pill online and have it shipped to their house.] The case makes one wonder how many other times an abortion drug has been slipped to unsuspecting women, threatening their lives and their pregnancies, without them ever knowing. 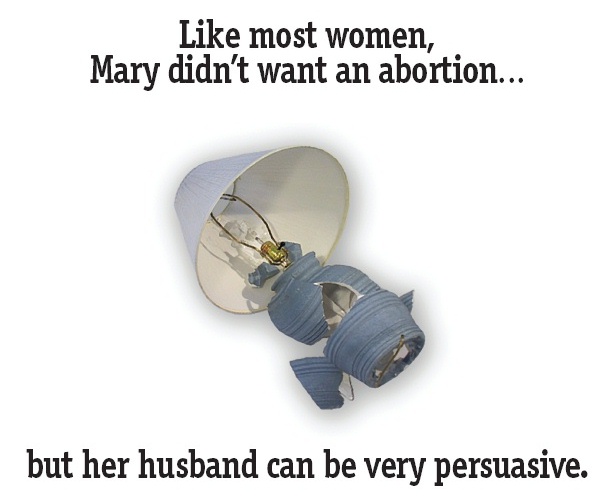 Could such a thing happen in the United States? Abortion proponents would say no –after all, only licensed clinics can dispense the RU-486, the abortion pill. However, there has already been at least one similar case in the United States. New York resident Dr. Stephen Pack ambushed his pregnant partner outside a hospital, screaming “I’m going to give you an abortion!” He injected her with a dose of methotrexate, a drug that induces abortion but that also has legitimate medical uses. In that case, thankfully, the baby survived and the mother was not seriously injured. And in October of 2010, an Ohio man drove his pregnant girlfriend to an abortion clinic at gunpoint.

These incidents highlight the fact that many women face incredible pressures to abort from their partners, and that when they refuse, partners may take matters into their own hands. The murder of pregnant women is disturbingly common – in fact, murder is the number one cause of death for pregnant women. It is often the partners that are the perpetrators.

For example, the body of 15-year-old Daphne Sulk was found that a rest stop in Wyoming. Her 38-year-old boyfriend was arrested and convicted of stabbing her to death because she refused to abort his child. Teshibra Bell, also 15, was killed by Shannon Meschack, the father of her unborn baby. He had threatened to kill her if she did not have an abortion. Another man, Michael Baldwin, confessed to the brutal slaying of his girlfriend, who was 15 weeks pregnant with his child. These are just a handful of cases that have been documented by the Elliot Institute.

No one should be allowed to force a woman into having an abortion she does not want. Whether the coercion is subtle, overt, or violent, it is always wrong. Pro-lifers should try to force the abortion industry to be held accountable for performing abortions on women who express that they are being pressured into having them. Pro-life activists have the opportunity and the responsibility to protect women from coercion by publicizing these incidents and raising public awareness.

LifeNews.com Note: Sarah Terzo is a pro-life liberal who runs ClinicQuotes.com, a web site devoted to exposing the abortion industry. This article originally appeared on the blog of Secular Pro-Life, an organization that uses non-religious arguments to promote the pro-life perspective.