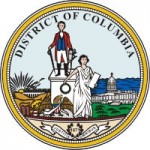 Members of Congress are working to stop the taxpayer funding of abortions in the nation’s capital that the Obama administration put in place in concert with Democrats in Congress.

President Barack Obama’s budget he submittedin May 2009 called for repealing the law sometimes called the Dornan amendment that has prevented taxpayer funding of abortions in the District of Columbia for years.

A House committee rejected an amendment designed to stop the abortion funding and the Senate eventually passed the House-approved measure that funded abortions in Washington, DC., which Obama signed into law.

With a new pro-life majority and Republican control of the House, pro-life lawmakers are working on a letter they plan to send to their colleague soon urging Appropriations Committee chairman Hal Rogers of Kentucky to reinstate the Dornan amendment. Pro-life Caucus Co-Chairs Chris Smith, a New Jersey Republican, and Dan Lipinski, an Illinois Democrat, are co-writing the letter.

“When the Dornan amendment was overturned in the omnibus spending bill last year, it served as a reminder of the need for permanent bans on federal funding of abortion,” Lipinski said previously.

The dismantling of the abortion funding ban in the nation’s capital is wrapped in a complex but important legislative and constitutional distinction.

From fiscal years 1996-2009, all funds that Congress approved for D.C. (both “local” and “federal”) were prohibited from use in abortions. Congress rolled back this policy when language was approved to only prohibit the use of “federal” funds for elective abortion by inserting the word “federal” into the Dornan amendment. This change effectively guts the entire policy, because the District of Columbia may now use taxpayer funds to pay for abortion as long as a bookkeeping mechanism is implemented to technically charge abortions to those funds that were “locally” generated.

To restore the Dornan amendment, lawmakers must remove the word “federal” that Democrats and Obama inserted in it to gut the abortion funding ban.

Leading pro-life groups like Americans United for Life, National Right to Life, the Family Research Council, the ACLJ and the Susan B. Anthony List, have already signaledtheir support for efforts to restore the Dornan Amendment.

Rogers and members of the committee can restore the Dornan Amendment by removing the “federal” designation in the next budget bill, but it can also be restored by the No Taxpayer Funding for Abortion Actthat Smith and Lipinski have filed — banning federal funding of abortions across all budget bills for all federal government departments and agencies. The bill would make several pro-life laws restricting taxpayer funding of abortions permanent instead of them coming up every year and having to be renewed by a Congress that is not pro-life every session.

Pro-life advocates are urged to ask their members of Congress to sign on to the upcoming Smith/Lipinski letter.