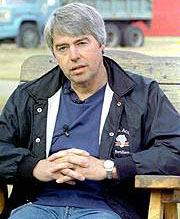 Robert Latimer, the man who murdered his disabled daughter by forcing her into the cab of his truck and letting exhaust fumes kill her, has been given a full parole.

Latimer, has been on day parole since March 2008, after his 1997 conviction for second-degree murder but now he has been given full parole.

A parole board of appeals reversed the decision by a local parole panel in 2008 and allowed Latimer to be released on day parole. After an appeal to the Supreme Court he won early parole after seven years and will receive full-parole on December 6.

Alex Schadenberg of the Euthanasia Prevention Coalition, based in Canada, commented on the decision.

“The Euthanasia Prevention Coalition has always held that Robert Latimer should be treated in the same manner as any other person who was convicted of second-degree murder,” he said. “Our primary concern is the treatment of people with disabilities and other vulnerable people within Canada.”

“The tragedy of the Latimer case was that many people, including many media outlets, were willing to describe Tracy Latimer, in a dehumanizing manner in order to defend the heinous crime of her father,” he continued. “It concerns us that my Canadians believe that it is acceptable to kill children with disabilities, while in the Netherlands, the government continues to allow the euthanasia of children with disabilities based on the Groningen Protocol.”

“Even the Quebec government Dying with Dignity commission has asked the question whether the euthanasia of children with disabilities is an acceptable practice,” Schadenberg continued. “A truly compassionate society will care for its vulnerable members, not kill them.”

A jury found him guilty of second-degree murder in 1994 and the Canada Supreme Court eventually nullified the conviction. A second guilty verdict was later upheld and Latimer has served just seven years of that sentence.