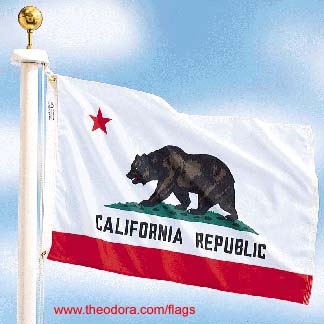 Sacramento, CA (LifeNews.com) — Though sponsors of a bill that would promote euthanasia removed some of the problematic language from the measure, a leading California pro-life group says several concerns remain.

The bill would codify palliative sedation and voluntary stopping of eating and drinking as legitimate means of pain control and allow doctors and nurses to suggest death by unconscious dehydration.

Last week, changes were made to the bill that Brian Johnston of the California Pro-Life Council calls “bell and whistle amendments” that looked good but did not remove the significant concerns pro-life advocates have with the bill.

Johnston told LifeNews.com the changes “in no way changed the substantive effect” of the bill in terms of it promoting euthanasia.

“Unfortunately, these ‘attention getting amendments’ distracted some and convinced them to drop opposition to the bill,” Johnston said.

The confusion about whether the changes really improved the bill led members of the committee to support it and send the harmful legislation to the California Senate floor.

“An important swing vote on the committee was thus falsely convinced it rendered the bill harmless. With that slim one vote, it passed out of the committee. It now goes to the Senate floor,” Johnston said.

As a result, Johnston said his group and its national organization remain opposed to the bill.

“The National Right to Life Committee and the California Pro-Life Council have NOT dropped opposition to AB 2747,” Johnston told LifeNews.com. “We urge all those concerned about the very real risks posed to the medically and emotionally vulnerable to continue opposing this bill, and to urge their State Senators and Assembly Members to also oppose it.”

Johnston said the concern remains that medical professionals will continue to be able to “sell” patients euthanasia under the measure.

While proponents of the legislation talk about the bill allowing medical professionals to discuss the legal rights of patients with them, one of the rights that would potentially be promoted is the so-called right to be dehydrated and starved to death.

“The Bouvia Decision in 1986 is a little known, but important California appellate ruling won by the ACLU that legitimizes in California physician co-operation and involvement in the dehydration death of even non-terminal patients,” he said.

“The known goal of the Patty Berg bill, AB 2747, has been to proselytize medically vulnerable patients with this information, thus promoting the idea of ‘assisted suicide’ among those who may not otherwise think this way,” he added.

Johnston concluded, “AB 2747 has been recognized by many as a truly bad bill; both because it mandates what medical professionals actually say to patients and when they say it (at their most vulnerable time), and because it bodes ill for these medically and emotionally vulnerable patients.”